Oil in the ground recedes encourage researchers hunt for alternative energy everywhere, even down to the sea. In addition to the energy from waves and currents, plants that live there also harbored boundless energy, even going to be “green gold” in the future. If that happens, the vehicle owners do not need to stand in line all day to receive fuel oil.

Has a 81,000 kilometer long beach or coastal-longest in the world after Canada-imagined the magnitude of opportunity for Indonesia to back an oil exporter. This time it is marketed is biofuel (BBN), no longer fuel oil (BBM).

Indonesia as the owner of the largest tropical waters on earth could potentially be the world’s largest producer of biofuel. With an abundance of sunlight as a plant photosynthesis, the proliferation of marine life is much higher than in the subtropics.

From a variety of aquatic biological resources archipelago, the type of microalgae (micro algae) are now starting to be a focus of research because of its potential as raw material for producing biofuels. During this limited number of microalgae developed for cosmetic and pharmaceutical raw materials.

Currently the state is intensively cultivate microalgae as a biofuel is the United States, Spain, and the Netherlands. They use Botryoccocus braunii species of green microalgae types. However, because of limited sunlight exposure, low productivity.

Since 2006, the Miracles Kawaroe and his team of Surfactant and Bioenergy Research Center, Bogor Agricultural University (SBRC-IPB) have found evidence of high diversity and productivity of microalgae.

Of the four coastal locations studied during the past two years, namely the Thousand Islands, Manado, Arafura Sea region, and the island of Batam, he has discovered 11 species of microalgae.

In biocultural microalgae research since the 1980s, microalgae produced 1 ton per cubic meter of water. Among the most potential as a biofuel-Chlorella contains a maximum of 32 percent crude oil, Dunaliella (23 percent), Isochrysis Galbana (35 percent), and Nannochloropsis oculata (68 percent).

Microalgae are commonly called phytoplankton, because it absorbs carbon dioxide and nutrients can effectively grow quickly and can be harvested within four to 10 days. Productivity 30 times more than land plants. Palm oil, for example, it took five months, while jatropa or jatropha needs 3 months.

Then when compared to petroleum is difficult to find the source and need a complicated and expensive process, microalgae also superior. On one hectare of oil fields can only be sucked up by 0.83 barrels of oil per day, while at the same extensive cultivation of microalgae to produce 2 barrels of biofuel.

Another value, among other things, is the nature of the source that is renewable and environmentally friendly. At the stage of cultivation, breeding microalgae also increased 2.5 times when the water is supplied to the column of CO2, versus only by aeration or O2 supply. To produce 5 tons of microalgae every day required 1 kg CO2.Total need 10 kg of CO2 to harvest.

This means that the cultivation of microalgae opportunity to tackle global environmental problems, because during the CO2 so dominant pollutant gases that cause the greenhouse effect causing global warming. “Therefore, with this cultivation, Indonesia is likely to get funds from developed countries,” advises Miracles.

On the industrial side, the presence of this cultivation to absorb CO2 emissions from its factories to support the achievement of green ratings environmentally friendly industry from the State Ministry of Environment. At this stage of the processing of microalgae into biofuels, also did not arise because the waste contaminants 100 percent so fodder.

Cultivation of microalgae developed near their natural habitat. Because that’s where the most comfortable environment for microorganisms that breed.

For the cultivation of microalgae, SBRC-IPB will cooperate with the Department of Marine and Fisheries (DKP) in the utilization of coastal areas and empowering communities to terentas of poverty. Miracles expect support from all circles, especially national industry to a commercial stage.

To produce biofuel, microalgae filtered, dried, and extracted. In the next phase, to produce biodiesel refining and esterification done to break down fats into hydrocarbons.

Furthermore dregs or residue on it in the distillation process to produce bioethanol. The remainder of the second phase of this protein is processed into animal feed.

The process of making biofuel from tropical marine microalgae have been registered in the Directorate General of Intellectual Property Rights on behalf of Miracles Kawaroe April. His research then increased in an effort to raise lipid content. The discovery of this enzyme will also be patented.

Knowing the results of Miracles, foreigners flocked offer exclusive cooperation with the IPB. The offer was ditampiknya. He chose an open cooperation, even he is likely to cooperate with the national industry.

The company provides two locations of cultivation, which in Cilamaya (Sukabumi) and on the island of Natuna (Riau Islands), associated with the supply of CO2 as a byproduct of the oil refinery.

In the course of the cooperation, SCRC-IPB targeting in 2011 conducted a feasibility study and test use in motor vehicles, and within five years to establish pilot plant. 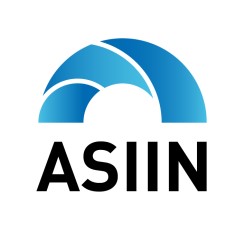 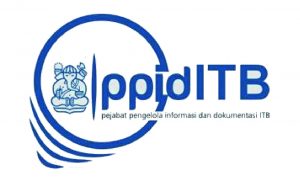 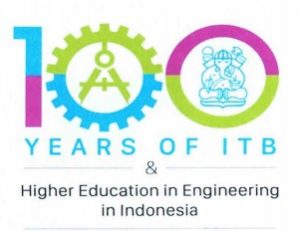